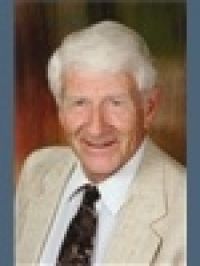 H. William Troop Jr. (Bill) was born Sept. 29, 1928 to Horace and Alice Troop in Westerville Oh. He graduated from Westerville High School in 1946 and Otterbein College in 1950 from with a degree in Economics and Finance. While at Otterbein he enjoyed the Zeta Phi Fraternity, Men’s Glee Club and played for the Otterbein Football team. He entered the Air Force division of the Armed Services in 1951 where he continued his love of football playing at Shepard Air Force Base until he was sent to Korea. In 1954 he returned to Westerville to become executive VP of Home Savings and Loan which later merged with Buckeye Federal. He was extremely active in the Westerville community serving in numerous organizations which included Rotary, American Legion, Westerville School Board, Choir member of the Masonic Bodies and Scottish Rite, Boy Scouts, YMCA, and Church of the Masters Methodist Church. Bill left Westerville in 1972 to become Exec VP and Managing Officer of Bellefontaine Savings and Loan in Ohio. He continued his love for community service serving on the Bellefontaine School Board as President, Rotary, and First United Methodist Church. He was a frequent soloist at many of the local churches. In 1977, Bill moved to Massillon, OH to become president of First Savings and Loan of Massillon where he retired in 1986 after over 30 years in the savings and loan business. Following his retirement he continued to be active in the Canton-Massillon community in development and sales at Glenmoor Country Club. In 1999, Bill moved to Bonita Springs, FL where he his favorite activity was being part of the Shadow Wood Tennis Group. He also became affiliated with Coldwell Banker Residential Real Estate and continued his real estate sales career. Bill is survived by his wife Connie (Cowan), of 28 years, two sons, Eric Troop of Bellefontaine, OH., Kyle Troop and daughter-in law, Susanne, grandchildren Christopher and Sarah of Racine WI., step-daughter Laura Croutwater and grandson Wil of Indianapolis, IN, and step-son, Kyle Croutwater and daughter-in-law Lisa, granddaughter Nicole and grandson Dylan of Chapel Hill, NC; in addition, several brother and sister inlaws: Jim and Penni Smith of Kenton, OH, Jack and Judy Cowan of Lima, OH and Don and Melody Warman of Indianapolis, IN. He was preceded in death by his sister, Martha Miles of Westerville. All of those that knew Bill were touched by his enthusiasm, kindness, thoughtfulness and his love. A memorial service will be held in his honor at the Church of the Master’s Methodist Church in Westerville, OH., Sat. March 17th at 10:00 a.m. Calling hours will be at the MORELAND FUNERAL HOME 55 East Schrock Road, Westerville on Friday March, 16th from 6:00 to 8:00 p.m. One passion that was paramount throughout the duration of Bill’s life was his involvement in the Vida Clements Foundation for Otterbein College which provides student scholarships and lends support to many departments of the college. In lieu of flowers, the family requests that a donation be made to the Vida Clements Foundation, 33 East Schrock Rd., Westerville OH 43081