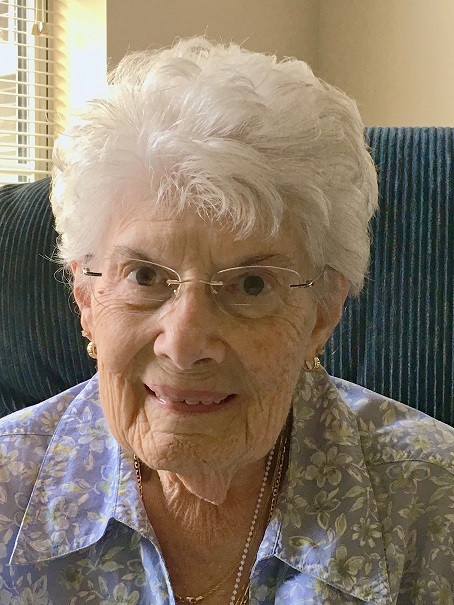 Ruthann England, 91. October 2, 1931-September 5, 2022 Finally, able to travel once again, Mom has earned her wings and begun her next trip! Ruthann England left us on September 5, 2022, less than a month short of her 91 st birthday. Born on her grandparents farm in Rinard, Iowa on October 2, 1931 to Ruth Decker Sleeper and George Sleeper, she and her family, including her brother and sister, Elbert Launee and Rosealtha, left Iowa when mom was three years old. They came to Columbus, Ohio, then moved to Westerville where she graduated from Westerville High School and met her husband Don England, a student at Otterbein College. She and Don married on September 3, 1950 at the Church of the Messiah, in Westerville. Never were two people more different from one another-but it all worked; she and Don celebrated almost 59 years of marriage before Dons passing in 2009. The consummate 1950-60s mom, she was continually involved in PTA, Room Mother programs, Girl Scout camping, bowling league and planning family vacations. She was a Euchre Wiz, a killer Monopoly player and lover of all cats! She loved us ferociously, sometimes overwhelmingly, but always unconditionally and we will miss her always. Mom leaves many people to mourn her passing. Most especially, her daughters Tara England Barney and Kathy England; the pride of her later years, her grandchildren Jordan Barney Callaham and her husband Justin of Archer, Florida; Jacob Barney and his wife Kaitlyn Reinan of Denver, Colorado; her two great grandchildren Weller and Beckett Callaham; Honorary kids, Sharon and Sharleen Stanley of Columbus, Ohio and Randy Schaber of Ontario, Ohio. A graveside memorial service will be held at Otterbein Cemetery in Westerville, Ohio on Friday, September 23 rd at 11:00 A.M, followed by a gathering at The Old Bag of Nails Pub, 24 North State St. in Westerville. So many thanks to the Forum at Knightsbridge II, where mom lived for over six years, first in Independent Living and most recently in Assisted Living, and to Capital City Hospice who became involved in her care and helped to ease our worries during the last weeks of her life. Particular thanks to the nurses and aides in the Assisted Living area. Donations in lieu of flowers may be made to Cat Welfare or Capital City Hospice. Condolences at www/morelandfuneralhome.com

With you in spirit, always in love, the Balls