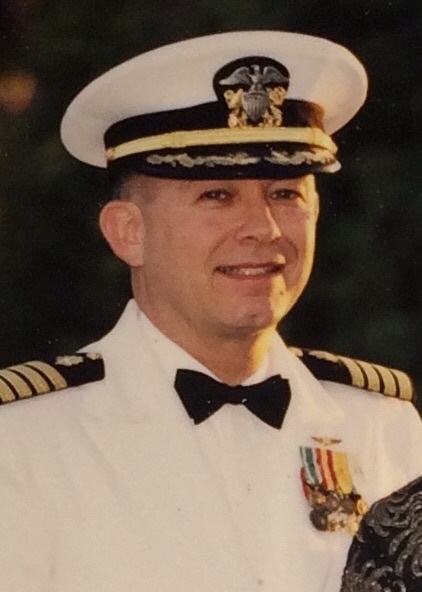 Capt. Robert T. McKinlay, Jr., USNR MC, FACS, 77, passed into his Heavenly home surrounded by family on December 17, 2015 in Scottsdale, Arizona from complications of PSP (atypical Parkinsons disease). He was born in Chicago, IL December 11, 1938 to Robert Todd McKinlay, Sr. and Helen Eaton McKinlay who preceded him in death. His sister, Bonnie McKinlay Schwarze, also preceded him in death. He is survived by his loving wife of 54 years, Helen; five children, Kathleen (Dean) Miller, Lisa (Gary) Salyers, Allyson (Duane) Mitzel, Betsy (Kurt) Smith, and Steve (Amy) McKinlay; 14 grandchildren, Jennifer & Jay Miller, Eric, Mark, Adam, Evan, Abby, Lena & Zach Mitzel, Olivia, Alexyss, Austyn, & Ian Smith, and Payton McKinlay; niece, Karolyn Clark, nephew Tom (Katie) Schwarze and cousins Allan Bailey & Helen Van Amburg. Bob graduated from Yale University with a B.A. in Psychology, and earned his M.D. from The University of Pennsylvania School of Medicine. He completed his ophthalmology residency at the Naval Hospital Bethesda, National Medical Center, Bethesda, MD. He opened his first private practice in Marion, OH in 1974 and retired from his Columbus, OH practice, Comprehensive EyeCare of Central Ohio, Inc., in 1999. Dr. Bob was a Clinical Associate Professor at The Ohio State University in the Academic & College of Medicine, Ophthalmology Department. He was a member of and held board positions in numerous medical organizations, including the American Academy of Ophthalmology, President of the Ohio Ophthalmological Society, President of the Columbus Ophthalmological & Otolaryngological Society and
countless others. Captain McKinlay enlisted for active duty in the U.S. Navy in 1963, served as a Naval Flight Surgeon on the USS Enterprise CVA(N)-65, May-November 1966, served as Naval Ophthalmologist in Vietnam, 1968-1969 and was honorably discharged as a Commander in 1974. He entered the U. S. Naval Reserves in Columbus, OH in 1981, was promoted to Captain and retired in 1998. Captain McKinlay was presented with numerous Military Decorations and Awards including Navy Commendation Medal w/Combat V, Combat Action Ribbon, Meritorious Unit Commendation, National Defense Service Medal, Vietnam Service Medal-With Five (5) Stars, Vietnam Cross of Gallantry With Palm, and countless others. Bob was honored to be a member of Westerville Rotary for 36 years. He became a Lifetime Member of Rotary International, received the Perfect Attendance Award in 2007, became a Paul Harris Fellow in 1981, and served on the Board of Directors for several years. Bob accumulated the most Rotary flags for attending Rotary meetings in other cities, states and countries. For that, he was humorously fined! Bob served as Chairman for the Otterbein Scholarship Committee, was President of Twelve Trees Homeowners Association, Coach for Westerville Junior Football, Professional Patron Coordinator for Westerville North and South Schools and President of the Warrior Home Plate Club. Bob was a liturgical and Eucharistic Minister at both St. Paul the Apostle Catholic Church in Westerville and Resurrection Roman Catholic Church in New Albany. Bobs passions were studying his Scottish family history, playing the bagpipes, and flying for which he earned his private pilots license. He discovered and created genealogy records going back to the 1600s. He brought relatives from around the world together by forming a website for them to contribute their history. Bob learned to play the bagpipes and was a member of the Military Societies Ft. Lauderdale Highlanders Pipe & Drum Corps from 2000-2005. Bob was an avid Ohio State Buckeyes fan for 41 years, a season ticket holder and member of the Ohio State University Presidents Club. He will be deeply missed by all. A very special thank you to Bob’s caregivers, Peggy Judd-Massie and Taylor Nagel in Westerville, OH and Aimee Roberson in Scottsdale, AZ, whose love, devotion and time caring for Bob and helping and supporting Helen will be forever cherished by his family. Viewing hours will be at MORELAND FUNERAL HOME, 55 East Schrock Road, Westerville from 2-4 & 6-8 p.m. Tuesday, December 22nd. Mass of Christian Burial at Resurrection Roman Catholic Church, 6300 E. Dublin-Granville Road, New Albany at 11 a.m. Wednesday, December 23rd, Rev. Fr. Jerome P. Rodenfels, celebrandt. In lieu of flowers, contributions may be made to CurePSP (www.psp.org).

Lisa,Gary and Family,
We are so sorry for your loss. Our thoughts and prayers will be with you as you go through this difficult time.