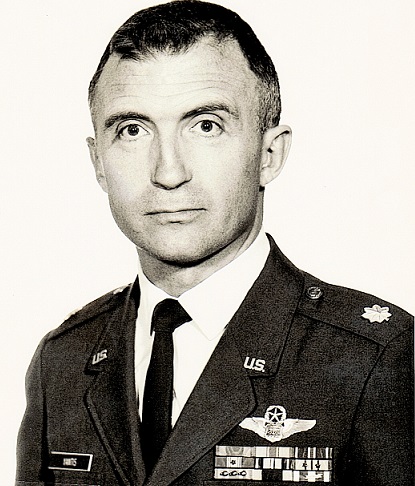 Baptized Emma Jane McAllister, Jane was born March 28, 1931, in Eldorado, Maryland. Known then as Janie Mac, she graduated from Hurlock High School, Hurlock, Maryland, Class of 1948 and the University of Maryland, College Park, Maryland, Class of 1952. Upon graduation, Jane taught high school in Maryland before venturing west to teach in Wyoming. She later travelled to forty-six states conducting marketing research for Proctor & Gamble Corporation. A devoted wife, mother and grandmother, Jane was happiest serving her family and community. She treasured the friendships she developed through her participation in numerous organizations and clubs; including the Westerville Otterbein Womens Club, Otterbein Thrift Shop, Hanby House, New Century Club, and the Home Economics in Home and Community Club. Jane became an Otterbein College Honorary Alumna in 1984. She was preceded in death by her parents, John Joseph McAllister and Martha Mae Parsons, and brother George McAllister, all of Eldorado, Maryland. In keeping with her selfless character, she donated her body to the advancement of science at The Ohio State University Medical School.

Born Richard Perry Yantis on July 1, 1932, in Columbus, Ohio, Dick was a proud graduate of Westerville High School, Class of 1949, and the United States Naval Academy, Annapolis, Maryland, where he graduated with distinction in 1954. Commissioned into the United States Air Force, Dick started a life of service to his family and country. During a distinguished 20-year military career that included flying Bob Hope on his 1958 USO Christmas Tour to Europe and North Africa, flying combat reconnaissance over Southeast Asia during the Vietnam War, and earning both a Masters Degree from the University of North Carolina and a PhD from The Ohio State University, Dick also started a career in higher education. He taught at the United States Air Force Academy, Colorado Springs, Colorado, where he was Chief of the Advanced Branch of the Mathematics Department, and co-authored two college mathematics textbooks; and at the post-graduate level at the Air Force Institute of Technology. Retiring from the United States Air Force as a Lt. Colonel in 1974, Dick returned to his family and lifelong friends in Westerville. He continued his career in higher education as a Professor of Mathematics at Otterbein College in the company of what he described as “wonderful and extremely competent faculty comrades” until his retirement in 1996. He was preceded in death by his parents, Samuel Perry Yantis, of Westerville, Ohio and Mabel Martha Snook, of McArthur, Ohio.

Jane and Dick met on a double date, not with each other, in Allentown, Pennsylvania, in 1958. They married a year later on October 10, 1959 at which time Dick says he received the “gift of a loving and hard-working lifetime partner”. They shared a love of family, the Westerville and Otterbein University communities and their country. They cherished spending time with their sons, daughters-in- law and granddaughters; visiting with family and friends; and traveling in the United States and Europe. Members of multiple historical societies, they also shared a 40-year passion for genealogy; sleuthing through untold cemeteries and libraries researching the families of over 100,000 people in both Ohio and Maryland. They had long and rewarding lives, but were always more interested in learning about others than talking about themselves or their accomplishments.

A private interment will be held at Otterbein Cemetery at a future date. If desired, contributions may be made in their memory to the Otterbein Thrift Shop, the Yantis Family Scholarship at Otterbein University, the First Presbyterian Church of Westerville, Ohio where both were members, or to your local historical society.

Sorry to hear of your Mother & Father. Passing. God Bliss.

Sorry to hear of your Mother & Father. Passing. God Bliss.

Dick was a USNA classmate, friend, faculty colleague and noon-hour workout partner at the AF Academy; Jane was a most gracious lady and friend. Truly, it has been my privilege to know them in my lifetime.

Dick was a USNA classmate, friend, faculty colleague and noon-hour workout partner at the AF Academy; Jane was a most gracious lady and friend. Truly, it has been my privilege to know them in my lifetime.

We are sincerely sorry to learn of your parents passing, Jim. They were such
Interesting,intelligent people. We really enjoyed their presence at your soccer games, as youngester. There is comfort in knowing they are still together in heaven.
God bless you all,
Allan, Sharon, Geoffrey, and Michael Novak

My sympathies to the family of Jane and Dick Yantis. I served on the faculty(Business,Acctg., Economics) at Otterbein for 25 years and knew them both.Very intelligent and kind folks.

JP – Dan and I are so very sorry for the loss of your parents. What wonderful selfless people they were. The story of their lives is simply beautiful. They were truly “rich” beyond compare in all the wonderful gifts life had to offer them. We know how much you miss them. We’re thinking of you dear friend, now and in the days ahead.
Tammy & Dan