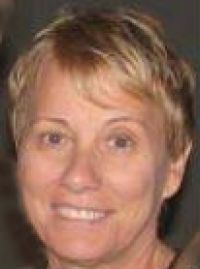 Joyce A. (Zipay) Kozlowski, age 64, of Westerville, went to her final reward on Monday, April 28, 2014. She passed away peacefully at home among her family after fighting a courageous battle with breast cancer for the past 7 years. Devoted wife for 42 years of Michael Kozlowski; loving mother of Mickey (Sonia), Kelly (Darrell) Freeman, Anthony (Jae Jin), Christian (Alicia), Tesia, and Erek; proud gammy of Acacia, Joshua, Brian, Yumi Rose, Harvey, Dominic, and a granddaughter arriving any day. She is also survived by many cherished family members including her brother Michael (Michelle) Zipay; sister-in-law, Donna (Bill) Cartwright; brother-in-laws, David (Edelyn) Kozlowski and Paul Kozlowski. She was preceded in death by her son, Brian; parents, Joseph Zipay and Rose Spangenberg; brother, Ronnie Zipay; and son-in-law, Darrell Freeman. Joyce devoted her life to her family and her Catholic faith. She was a remarkable example of how to live a life led by faith. She touched many lives with her kindness and gentle soul. Her children and grandchildren will continue her legacy by embracing life with the same compassion, strength and grace as she did. A special thank you to her medical team led by Dr. Ramaswamy and Julia Garrett as they gave Joyce the hope needed to embark on her journey with a smile and continued resilience. Visitation will be Sunday, May 11 from 4 pm to 7 pm at MORELAND FUNERAL HOME, 55 East Schrock Road, Westerville, OH with a prayer service held at 7 pm. Mass will be celebrated by Rev. Charles Klinger at St. Paul the Apostle Catholic Church, 313 North State Street, Westerville on Monday, May 12 at 10:30 am. Interment will be in Resurrection Cemetery. In lieu of flowers, contributions can be made to the ”Joyce A. Kozlowski Scholarship Fund” in care of The Catholic Foundation. 257 East Broad St., Columbus, OH 43214.