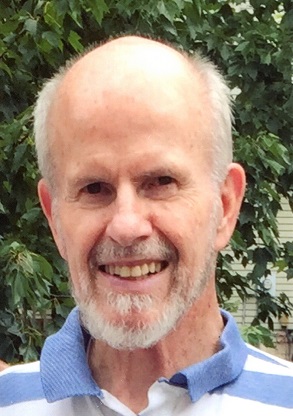 Sunday, January 29th at 2 PM at Church of the Messiah

Jeffrey Dana Sherrill, PhD, age 81, died peacefully in Westerville, Ohio on January 7th, 2023. Jeff was preceded in death by his parents, Dana and Sally Sherrill. He will be missed by his wife Beverley; children Kevin "Wolf", Kristen, and Karrick; grandchildren Keegan, Savannah, and Cambryn; sisters Jo Sherrill and Lori Ohlson; and a host of other family and friends. Jeff was raised in Colorado Springs, Colorado, and received degrees from Colorado State University and the University of Illinois. Jeff was a Captain in the Air Force and was in the silos during the Cuban Missile Crisis. After leaving the military, Jeff was a Professor of Psychology and a counselor at Franklin University for 16 years. He left higher education to go into private practice, counseling hundreds of patients until he retired in 2020. Jeff was a humanistic psychologist and believed that the power of kindness and mediation could help mitigate trauma and conflict. He was active in the Ohio Psychological Association (OPA), President of Columbus OPA, was a professional mediator for the Ohio court system, and member of the Ohio Board of Psychology. Jeff was probably a bear in a past life as he reveled in family outings picking fresh blueberries, strawberries, and especially apples. He delighted in the crisp crunch of a newly picked apple. Jeff also enjoyed competitive games of pool, ping pong, cornhole, or bocci on the beach - or a not so competitive round of golf. He always looked forward to having his growing family around him for Sunday dinners, holidays, and summer vacations. Despite a busy career as a counselor, Jeff always had time to listen to friend or a family member who needed an ear. He also supported numerous philanthropic causes including Planned Parenthood and the ACLU. His family and friends will remember his wit, warmth, and laughter.
A celebration of life ceremony will be held January 29th, 2023 at 2PM at the Church of the Messiah, 51 N State Street, Westerville, Ohio.

Thankful you were able to spend so much time together and I’m sure you made lots of great memories. We are so very sorry that he is gone. It sounds like he led a remarkable life!