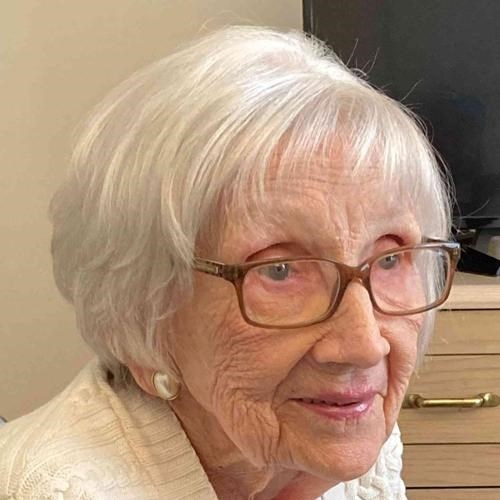 Jane Knowlton Tucker passed away in Arcadia, California on Christmas day, 2022. She was born in Cleveland, Ohio, to parents Robert Fortune Knowlton and Florence Knowlton. She grew up in Shaker Heights, Ohio. Jane attended Miami University in Oxford, Ohio, where she met and married Ronald D. Tucker in the University Chapel in 1949. They made their home in Abington, Pennsylvania. While raising their two daughters, Jane returned to school and completed masters degrees in early childhood education and reading education. Jane enjoyed being a member of Abington Presbyterian Church and lived her life according to Christian values.

Jane taught second grade for 28 years at Cold Springs Elementary School in Willow Grove, Pennsylvania, retiring in 1992. From 1986 to 1988 she served as President of her local chapter of Delta Kappa Gamma, an international society for outstanding educators. Following the death of her husband in 1993 she moved to Charlottesville, Virginia to be near family. There she volunteered for 11 years as a reading tutor in the Charlottesville elementary schools and was a member of The First Presbyterian Church.

In 2008 she moved to Royal Oaks , a senior living community in southern California near her older daughter's home. The beautiful community at the foothills of the San Gabriel Mountains was her final home. Her family is grateful to the entire staff of Royal Oaks who, over the many years that she lived there were compassionate and caring.

Jane enjoyed genealogy and her father's family traces back to William Brewster who was the Elder on the Mayflower. Jane was a member of The Daughters of the American Revolution. She had several Revolutionary War ancestors. One of them, William Peck, was one of the signers of the New Haven Connecticut Constitution on June 4, 1639. That document is said to have been one of the first examples of a written constitution that organized a government and defined its powers.

In November of this year Jane was visited by her daughters, sons-in-laws, grandchildren and their spouses and great grandchildren who traveled from Florida, Oregon, San Francisco, Ohio and Virginia. She spoke to each of her 10 great grandchildren who range in age from 15 months to 16 years. Most of them will remember the charming and gracious old lady that everyone called "Grandma or GiGi".

There will be a graveside service at Eastview Cemetery in Centerburg, Ohio on Thursday, January 19, 2023 at 11 a.m., Pastor Matt Skelton, officiating where Jane will be buried next to her husband.

Donations can be made in Jane's memory to the charity of choice.