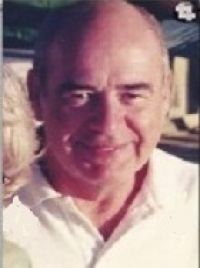 Dr. James E. Blackwood, had a very unfortunate accident and passed away on April 26. 2014 at The Ohio State University Medical Center. Jim was born on February 9, 1939 to late Homer and Mildred (Steward) Blackwood. In addition to his parents, he was preceded in death by his loving wife, Diane. He is survived by his adoring wife, Susan (Whitmore); son, Jackson (age 13); sons, David and Tom (April); daughters, Kerry (Aaron) Scott and Andrea Nichols and forever cherished grandchildren, Alexandrea (Lexi), Dane, Giovanna and Ivan. In addition, Jim is survived by sisters, Nancy Chubb (the late Richard Chubb) and Lelia Sublett (Jimmy). Jim graduated from Hiram College in Ohio, and obtained his Masters and Doctorate at The Ohio State University and he is a tried and true Buckeye! In addition, Jim was a Proud Eagle Scout with is son Jackson following. He was employed as a Stereo Chemist at CAS (Chemical Abstract Services-a Division of the American Chemical Society) left to work for a short time at Merck, Sharp and Dohme and was successfully recruited back to CAS and worked from 1970-2012. Jim was a Fellow with IUPAC, International Union of Applied and Pure Chemist’s for which he was richly rewarded and extremely proud of his accomplishment and he was a ”published” Chemist. He was a delegate and travelled the world for IUPAC. Jim and his former wife Diane, owned RE/MAX Northeast Realty in Westerville which Jim and Susan maintained, then opened their own office at Polaris and renamed it RE/MAX Metropolitan. They eventually merged and sold to RE/MAX Town Center which Susan continues as a Realtor. Jim was a member of the Championship Wrestling Team at Hiram College. Consequently he served as Assistant Varsity Coach of the Westerville North Wrestling Team from 1984-1990. During this period the Warriors won the OCC and Columbus District Championships. He was proud and loved that sport! He loved The Ohio State Buckeyes, the Cleveland Browns and to be truthful, he loved and followed every sport!! Jim is most proud of adopting Jackson. Susan, Jackson, Kerry, Lexi, Giovanna want to extend a Heartfelt thanks to the entire SICU staff at The Ohio State University Medical Center. Family and friends will be received at MORELAND FUNERAL HOME, 55 E. Schrock Road, Westerville, Ohio on Thursday, May 1st from 2-4 and 6-8 p.m.. A service will be held at 10 a.m. Friday, May 2nd at Moreland Funeral Home. Interment Blendon Central Cemetery. In lieu of flowers, please contribute to the Blackwood Kids Memorial (Jackson and Giovanna) at www.giveforward.com/fundraiser/h8k4/blackwood-memorial-fund.

A shock to see Jim has departed this world, He was a great guy whom I enjoyed working with back in the Northeast Re/Max days. God Bless the family.