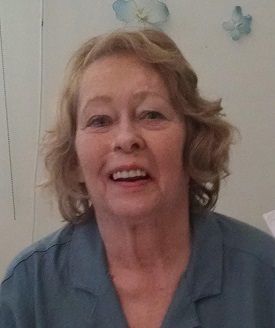 Cynthia L. Littleton (nee Miller) passed away the 19th of October 2017, at Prestige Gardens, in Marysville, Ohio.
Cynthia was born July 4, 1941 in Martin’s Ferry, Ohio. Cynthia attended Kent State University, was a school librarian at Kent State, was in charge of the church bazaar at The Gay Street Methodist church in the 1970s, was a secretary for The Central Ohio Girl Scout Council, and Girl Scout Leader. During her lifetime she resided in The Philippines, and in many states throughout the United States, but spent most of her time in Ohio. In her later years she moved to Florida, and enjoyed swimming with the dolphins and watching the breathtaking sunsets in the Keys.
She worked at Storyland in New Hampshire in the late 1950s, at Chemical Abstracts, Montaldos, Jacobsons, and retired from The United States Post Office. Cynthia enjoyed bowling, travelling, Girl Scouts, archeology and genealogy, also enjoyed reading, spending time outside in nature, especially in Lakeside, Ohio, where she could enjoy the most beautiful mile in Ohio. She was preceded in death by her husband of 38 years, Ira James Littleton, parents, Chaplain William M. and Shirely Miller, brother, William John (Jack) Miller. She is survived by her daughters, Lori Ann (William) Taggart and Toni Ann (Dino) Sara; grandchildren, Katherine Taggart (fiance Bryan Smith), Michael (Annelise) Taggart, Katherine Sara, Anna Sara, Dominic Sara; brother, David Alan Miller; nephew, Steve Miller, niece, Kathy Miller; several grand-nieces and grand-nephews, and many cousin’s who have all brought great joy to her over the years. She also cherished her cats, Mittens, and Tommy. Friends may call at the MORELAND FUNERAL HOME, 55 E. Schrock Road, Wersterville, OH Saturday from 2-5 p.m.. Graveside service and interment will be held at Union Cemetery, Steubenville, OH Sunday at 2 p.m. Donations can be made to the American Cancer Society, The American Diabetes Association, and The American Heart Association .

Dear Family, Please accept my sincere condolences on the loss of your loved one. During this most difficult time of mourning and grieving your loss may you be comforted beyond measure as you read God’s Word the Bible. The time will soon come when death will be no more. (Isaiah 25:8) By means of a resurrection to life many who have died will live again. (Acts 9:36-41) May you have the utmost confidence in all that God promises. (Titus 1:2)