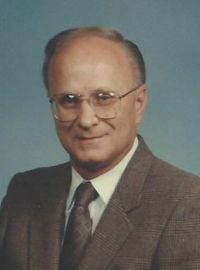 Mark I. Strader, age 83, suddenly Wednesday June, 12, 2013 at home in Westerville, OH. Born in Harbin, China and was preceded in death by mother Jean Morgan and step-father Raymond. Survived by beloved and devoted wife of 40 years, Judith; and step-son Jon, wife Kathryn and grandchildren, Rebekka and Connor Inglefield of Rockville, MD. He attended Boarding Schools in Shanghai and London. At age 12 Mark and his mother left Shanghai on December 3, 1940 on the last ship for Pearl Harbor. Taken over by Japanese in the Phillipines, their lives were changed forever. After 3 long years, they moved to London then Ottawa, Canada, and later Toronto. Graduate of University of Toronto in 1960, Bachelors degree in Applied Science & Engineering. To finance his education, took a year off (twice) to monitor underground seismic activity from Russian nuclear testing for Canadian Government in Resolute Bay (Arctic). At the dawn of computer age was self-taught in programming FORTRAN & COBOL and self-employed as System Analyst for wholesale distributors located in 5 states, with the largest in Washington, DC. Afterwards was employed by H&R Block and enjoyed assisting members of the Westerville community. Active member of Central College Presbyterian Church and a 3rd Sunday Usher. Memorial Service will be held at Ellsworth Chapel (CCPC), 975 So. Sunbury Rd, Westerville, Wednesday, June 19, 2013 at 12 Noon, and family will receive friends 1 hour before the service. Private family interment at Eastview Cemetery. In lieu of flowers, memorial donations may be made to CCPC Ministry of Music and Food Bank. Arrangements by MORELAND FUNERAL HOME, Westerville, OH.

Judy and family, So sorry to hear of your loss.
Noland