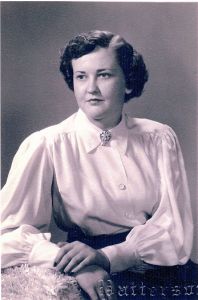 Betty Spears Reynolds, age 81, died on Tuesday, April 1, 2014, in Ventura, California. She was born on September 9, 1932, in Bowie, Texas, to Joe A. and Ethel Spears. After graduating from Chillicothe Business College in Missouri in 1951, Betty moved to Midland, Texas where she began work as a secretary for Phillips Oil Co. After meeting on a blind date, she married Don William Reynolds on September 4, 1953. Don’s position as a geologist at Union Oil Co. took them from Midland, Texas, to Anchorage, Alaska, then Bakersfield, California, to Ventura, California and to Oklahoma City before finally returning to Ventura. Betty and Don maintained their residency in Texas during all of this relocation. Betty always used her mathematical and accounting skills to help others. She helped her son, Bill with his software consulting business; the Reynolds brothers with their Ohio farm operations; and worked as a seasonal H&R Block tax preparer. Betty and Don were active in the community, socializing and playing tennis. They spearheaded the creation of the tennis program at Park Stockdale in Bakersfield. Betty and Don were active members at both the Cabrillo and Pierpont Racquet Clubs in Ventura. Betty also enjoyed teaching piano and traveling to the Reynolds Family Farm in Centerburg, Ohio. Betty is preceded in death by her parents, Joe A. and Ethel Bail Spears and son, Richard (Dick) Reynolds. She is survived by her loving husband Don; son, Bill Reynolds and his wife, Stephanie; daughter, Brenda Nascimento and her husband Randy; granddaughters, Cassidy and Elyssa; sister, Kay Daniels and husband, Lee and many nieces and nephews. Graveside service will be held at Rich Hill Cemetery, Centerburg, OH on Saturday, April 26, 2014, at 1 p.m., Roger Crego, officiating. A celebration of life honoring Betty will be held in March 2015 during the annual Texas family reunion and Oyster Fest in Fulton, Texas. Flowers may be sent to JOHNSON-MELICK-MORELAND FUNERAL HOME, 49 Church St., Centerburg, OH 43011, (740) 625-6038.